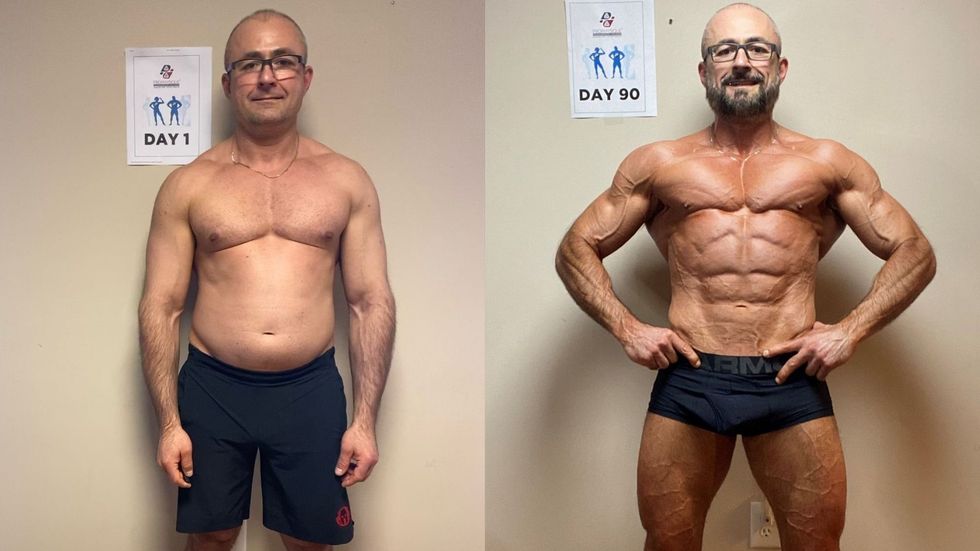 What is a before and after 90 days of training like in a 45-year-old man? Here are all the details

What is a before and after 90 days of training like in a 45-year-old man? John Masgalas shared his experience so that we can take advice and copy his best moves.

Before and After 90 Days of Training – How It Started

John Masgalas, 45, shared with Men’s Health magazine the changes and transformation of his body.

Having worked hard and had some muscle mass he began to record his food intake.

He started following “The Gym Bro” a cyclist on social media and cutting calories from him in the summer. However, he couldn’t lose enough weight to see his abs. He doesn’t know if it was because of a lack of motivation, or because of something he was doing wrong. John made up his mind this past winter to start increasing the loads on muscle work.

Before Covid 19, when he could train freely.

Shortly after he started increasing the loads he felt that he could afford to eat whatever he wanted, his weight continued to climb until he reached 208 pounds. In 5 months he had gained 20 pounds.

At this point, the Spartans races that John enjoyed had been canceled by Covid-19, and he had no goal to stay in training.

He began training while working from home during his quarantine, with a generally less active style. He ended up with a terrible drop in energy, even though he still had the muscle power in the gym. The feeling of him was tired all day.

Before and after, the day it all began

He was watching a video of Paul Revelia in which the YouTuber mentioned a 90-day body transformation challenge. After discussing it with his wife and commenting that this would give him a date and a solid goal to finally get to where he wanted to go, John started Paul Revelia’s 90-day challenge.

What is the Paul Revelia 90 Day Challenge?

To achieve his goals he cut his calories from 3,200kcal to 2400kcal a day, consuming 220 grams of protein, 55 g of fat, and 280 grams of carbohydrates per day. His goal was to reach 180 pounds for which he planned cardio workouts to generate a caloric deficit.

John purchased an under-desk stepping machine, which he used 40 minutes each morning while he worked.

The gyms were still closed, and he, therefore, had to perform all the necessary exercises from home. So he decided to buy squat supplies, a barbell, a bench, adjustable dumbbells, and a bar to get up at the door. He knew that this equipment would allow him to obtain all the basic concepts necessary for his body transformation.

Before and after: 90 days of training

He kept the intensity high and used a rep range of 8-12. He made sure the last set of each exercise completely failed and then dropped the weight and failed one more time.

His lifting routine consisted of a four-day program of pull, push, legs, core, and crunches that lasted about an hour with each session. At the end of the fourth day, he repeated and did not take “full” rest days (he took active breaks). 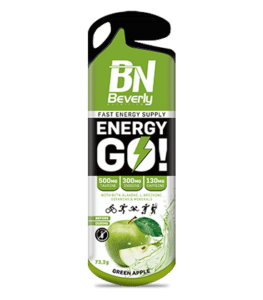 Before and after: 90 days of training

Once he started losing weight he decided to unsubscribe from the gym plan, adding a 40 minute routine of walking every afternoon after dinner. With this, he maintained weight loss and at this point, his activity was intense: between two sessions of cardio and weight lifting each day. He was losing about 2 pounds per week.

Every time the weight loss stopped, he lowered his calories and kept protein and fat in equal proportions, cutting carbs until he eventually consumed 1,700 calories per day.

At this point, he had added a day off every 10 days, in which he ate about 3,500 calories and noticed that this made him gain between 3 and 4 pounds for a few days, and then his weight would drop rapidly to less than before. the day off.

By the end of this challenge, he had reached 177 pounds he had lost 31 pounds and exceeded his target weight. 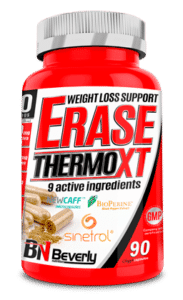 Before and after: 90 days of training, a change inside and out.

Every time he felt like he wasn’t working hard enough, he reminded himself that someone out there felt the same way as him, but was working much harder than him at the time.

He took photos of the whole process to monitor his results, since occasionally just looking in the mirror doesn’t work. The most important thing for him was having the support of his spouse.

Properties and Benefits of Magnesium. Discover this extraordinary supplement. Before going on to mention the benefits of magnesium in our organism and, above all, the

Pistachio nuts and their benefits

THE IMPORTANCE OF PISTACHIOS AND THEIR BENEFITS Do you know pistachio nuts and their benefits? we know pistachios as small nuts originating from the Middle