Marcos Llorente’s diet has become very famous in recent times, but why?

Marcos Llorente’s diet has become very famous in recent times, but why?

The athlete stood out for his physical power when he began to perform as a second striker and midfielder for Atlético de Madrid.

Llorente affirms that it is thanks to this practice that he has managed to adapt to his current state of form.

The athlete claims that he eats three meals a day. He does not eat breakfast. He only eats lunch and dinner until he is satisfied with meat, fish, seafood, fruits, vegetables, and seeds.

A combination of the paleolithic diet and intermittent fasting

It is a type of clean and healthy diet in which a large number of fresh fruits and vegetables are consumed, meat and eggs, as well as some seeds, dairy products, and a large part of carbohydrates are completely excluded.

This type of diet is criticized for being deficient in calcium, vitamin D, and magnesium. Also, too much red meat and eggs could affect your heart health.

Proponents of this diet claim that by combining a large amount of green leafy vegetables it is possible to alleviate these adverse effects and obtain those vitamins and minerals, it is also possible to find calcium in some types of fish and obtain vitamin D from the sun and supplements.

The athlete teamed up with chef Bosquet, known for his keto dishes. Today he is the owner together with Ibai Gómez and Marino Cid of the restaurants “Naked and Sated”. Of which one headquarters is located at Calle Estébanez Calderón 3, and the other at Serrano 110, in Madrid.

In these restaurants, different gourmet dishes are served with characteristics typical of the keto diet, such as quinoa-based pizzas, hummus, hamburgers, and even desserts.

The hardest thing to follow this diet at home

Obviously, the most difficult thing about this diet is not being able to eat breakfast. According to Llorente, it is not necessary to do so. However, science and nutrition professionals do not agree.

Why did the diet of Marcos Llorente become so famous?

This diet became famous after the athlete mentioned it at the end of Coppe’s game. The athlete stood out for having been sitting on the bench practically the entire season, however, he came out in the last minutes of the game and the result was a guaranteed victory.

In addition, Llorente was the cover of Men’s Health magazine and attracted attention for his physique, the cover of the magazine warns of demanding training and a rigorous diet.

Now that you know Marcos Llorente’s diet, what do you think of it? Do you think it really increases your performance?

If you want to investigate more about it, you will find information in our articles:

Natural food diet? Surely you have heard about the benefits of eating a natural diet, but what really is a natural diet? And how can

Are you looking to detoxify the liver through a healthy diet? this article is for you. If you feel headaches, dizziness and your eyes and 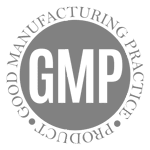